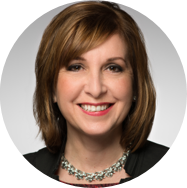 Join Treasurer of State, Kelly Mitchell, and key staff members to learn more about a host of timely and important subjects. Topics will include investment options for local governments, assessment of risk, permissible investments, and today’s economy. These seminars are free and worth three education credits for treasurers, clerk treasurers, library directors, school business officials, and CPAs!

TrustINdiana is hosting two seminars this spring: one in-person seminar on May 18 and one virtual seminar on June 1. We’ve also added another in-person training this fall with more details coming soon. All seminars have similar agendas, so please select the date that works best for you using the registration links below. We hope to see you there! 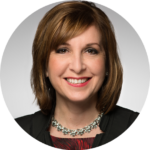 Treasurer Mitchell was elected as the 55th Indiana State Treasurer in 2014. In this role, Treasurer Mitchell serves as the Chair of the Indiana Bond Bank, the Statewide E-911 Board, the Indiana Education Savings Authority, the ABLE Authority, and the Sole Trustee of the State Police Pension Trust, among a number of other positions. As the state’s chief investment officer, she oversees the management of $8-9 billion on a daily basis.

Treasurer Mitchell currently serves as President of the National Association of State Treasurers (NAST) and is a member and Past President of the State Financial Officers Foundation (SFOF).

Prior to becoming Treasurer, Kelly Mitchell worked as the first director of TrustINdiana, Indiana’s local government investment pool. From 1997-2004, Treasurer Mitchell served as Cass County Commissioner. During her tenure, she served as President of the Board of Commissioners for five years and was named First-Term Commissioner of the Year by the Association of County Commissioners. While in office, she founded and co-chaired Cass County’s “Make a Difference Day,” managing hundreds of volunteers and dozens of projects every year.

Treasurer Mitchell holds a B.A. in Political Science from Valparaiso University, an M.A. in Philanthropic Studies from Indiana University–Purdue University Indianapolis, and an M.A. in Strategic Studies from the U.S. Army War College. During the summer of 2015, she completed The Commandant’s National Security Seminar at the U.S. Army War College. She is an alumna of the Richard G. Lugar Excellence in Public Service Services and the Aspen Institute’s Rodel Fellowship in Public Leadership. In 2016, Treasurer Mitchell was named a Sagamore of the Wabash by then-Governor Mike Pence and received the Torchbearer Award from the Indiana Commission for Women. 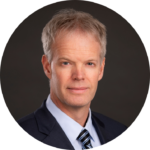 Neil is the Chief Investment Officer (CIO) for Public Trust, a position he was promoted to at the beginning of 2018. As CIO, Neil is responsible for the development and implementation of firmwide investment strategy as well as the oversight of the portfolio management team. Previously, he has served as both a Director and a Senior Portfolio Manager for Public Trust where his focus was on the management of local government investment pools and select separately managed accounts across the country.

Prior to joining Public Trust, Neil worked for Cutwater Asset Management as both a Vice President and Portfolio Manager. His responsibilities were similar though he primarily focused on the management of the separately managed accounts. Neil received a Bachelor of Arts in Economics from the University of Colorado, Boulder. He is a CFA charterholder and an Investment Advisor Representative. 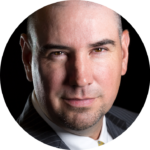 Chris is a Managing Director of Investment Advisory Services for Public Trust and has almost twenty years of investment experience assisting public sector clients nationwide with their investment management needs. He has a broad knowledge of state statutes governing public funds investment and regularly works with clients to create flexible investment strategies for a variety of funds including operating, construction, and debt service funds among others. He also specializes in assisting underlying issuers who implement conduit issue financing.

Prior to joining Public Trust, Chris served as a Managing Director of RBC Public Fund Services where he was responsible for managing public fund sales nationwide. He also served as Director of Institutional Services for Seasongood Asset Management which was acquired by RBC in 2007. Chris received a Bachelor of Arts in Economics from the University of Rio Grande and a Master of Business Administration in Finance from Xavier University. 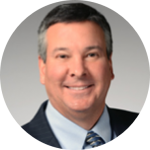 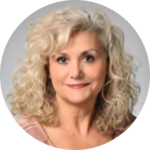 Kim is Deputy Treasurer of Operations for the Office of the Indiana State Treasurer. In 1985 she joined the Treasurer’s Office as an assistant cashier; while in that role, Kim had the ability to learn and take on additional tasks for the office. Although primarily focused on fiscal operations and banking services, Kim has held several positions over the years. She has set up processes for such banking services as ACH, Charge Cards, E-check, remote capture, and positive pay for State warrants. Kim manages the receivable module for the State of Indiana and is a member of the Executive Steering Committee for PeopleSoft Financial. She also serves as Proxy for the Treasurer on the Financial Assurance Board. In Kim’s current position, she handles HR, payroll, and office management. Kim attended Indiana Business College. 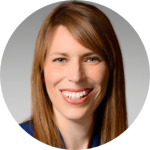 Cindy serves as the Director of TrustINdiana where she meets with local government fiscal decision-makers regarding investment options, attends local government conferences to represent the program, and speaks at various events regarding allowable public funds investments. Prior to joining TrustINdiana, she most recently held the position of Staff Accountant for the Indiana Finance Authority where she was responsible for the day-to-day accounting for multiple financing programs offered through the state of Indiana and before that was the Office Manager/Leasing Coordinator for the Indiana Bond Bank. Cindy received a Bachelor of Science in Accounting from Indiana Wesleyan University.

Cindy has been involved with several organizations including the Kelly for Indiana Campaign and the Green Street Village Home Owners Association, both of which she served as Treasurer. 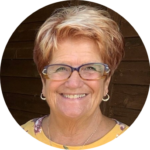 Jacque serves as the Director of Planning and Professional Development at the Association of Indiana Counties where she is responsible for establishing courses for the Institute for Excellence Classes as well as securing locations and speakers for these events. She also heads the Tax Refund Exchange and Compliance System (TRECS) program; the TRECS program started five years ago with only five entities and has since grown to more than 150 entities. Jacque served as Recorder and Auditor for Tipton County, Auditor for Clinton County, and Indiana State Representative for District 38. 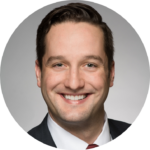 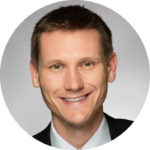 Prior to joining IBB, Mark served as the Deputy Chief of Staff for the Indiana Office of the Lieutenant Governor where he oversaw the performance of five state agencies. Key accomplishments during his tenure include guiding the Office and its five agencies through the transition of three different Lieutenant Governors in a span of 10 months and serving as executive director to a state agency on a 10-week emergency basis, during which time Mark designed a strategy to remedy agency’s key $29 million program.

Mark previously served as the Deputy Executive Director, General Counsel, and Chief of Staff at the Indiana Housing and Community Development Authority. During his tenure, he promoted outcome-driven performance, championing a national award-winning initiative that allowed one program to assist 49% more people while reducing process cycle time by 25%. Mark also championed initiatives focusing on agency culture and staff development, piloting a leadership incubator series in which 83% of participants achieved professional advancement upon completion.